WhatsApp users can easily transfer chats from Android to iPhone, here’s how 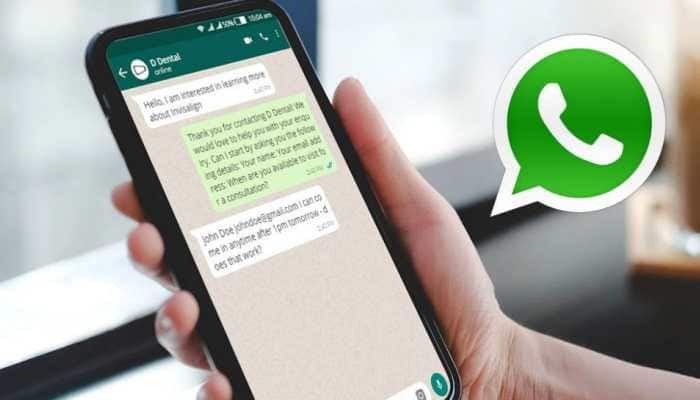 New Delhi: WhatsApp is releasing a new update that will finally allow users to transfer their chats from Android phones to iPhones.

The function will be available as part of Apple’s’ Move to iOS’ programme, which means that new iPhone customers will be able to use it when they set up their new phone.

Existing Apple iPhone users will have to do a backup and a factory reset in order to use this new version. On Tuesday evening, Meta CEO and Founder Mark Zuckerberg made the announcement via a blog post.

“We’re introducing the ability to switch between phones securely and transfer your conversation history, images, videos, and voice chats between Android and iPhone while retaining end-to-end encryption to WhatsApp.

This is a frequently requested feature. We introduced the option to transition from iPhone to Android last year, and we’re now adding Android to iPhone.” – Mark Zuckerberg, Meta’s Founder and CEO.

It was a long-awaited feature because there was no method to move WhatsApp data across Android and iPhones until now.

There are some third-party tools on the market, but they are untrustworthy. The new WhatsApp feature will be available to all users within a week of its initial release as part of WhatsApp beta.

WhatsApp chats from Android to iPhone:

– On an Android phone, open the Move to iOS app and follow the on-screen instructions.

– On your iPhone, a code will be presented. Enter the code into your Android phone when prompted.

– Continue by following the on-screen prompts.

– Wait for WhatsApp to prepare the data for export by tapping ‘Start’ on your Android phone.

– Once the data is ready, you’ll be signed out of your Android phone.

– Return to the Move to iOS app by tapping ‘Next.’

– Tap ‘Continue’ to transfer the data from your Android phone to your iPhone and wait for Move to iOS to confirm the transfer is complete.

– Install the latest version of WhatsApp from the App Store.

– Open WhatsApp and log in using the same phone number used on your old device.

– Tap Start when prompted, and allow the process to be completed.

– Finish activating your new device and you’ll see your chats waiting for you.

Toyota Will Launch 3 New SUVs, 1 MPV Before Diwali To...

Waiting for iPhone 14 launch? Forget that, this site is offering Rs. 28000 discount on iPhone 13

iPhone 11, iPhone 12 and iPhone 13 gets massive discount on Flipkart

Apple iPhone 14 likely get a massive front camera upgrade: Here are the details