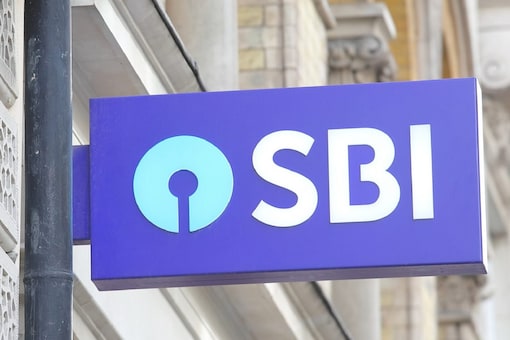 Donations to political parties through electoral bonds (EBs) have crossed the Rs 10,000-crore mark, with parties getting another Rs 389.5 crore through such bonds in the 21st sale of EBs conducted between July 1 and 10, according to data available from State Bank of India (SBI).

With this, the total amount collected by parties has gone up to Rs 10,246 crore from various anonymous donors in 21 phases since 2018 when the EB scheme was introduced.

Political parties received EBs worth Rs 648.48 crore from donors in the previous sale in April this year.

As many as 475 EBs worth Rs 389.5 crore were redeemed by parties in the latest phase, SBI, the only bank authorised to sell these bonds, said in its reply to the RTI application filed by Commodore Lokesh K Batra (Retd).

Significantly, this amount has been collected by the political parties even though no election is scheduled in any of the states in the near future.

As per the provisions of the EB Scheme, only the political parties registered under Section 29A of the Representation of the People Act, 1951 (43 of 1951) and

have secured not less than 1 per cent of the votes polled in the last general election to the House of the People or the Legislative Assembly, as the case may be, are eligible to receive electoral bonds.

SBI data shows that in the July phase, as much as Rs 108.5 crore worth of bonds were encashed at the SBI’s Bhubaneshwar main branch,

However, SBI data reveals that 150 EBs worth Rs 140.1 crore purchased from the New Delhi main branch of SBI and 162 EBs worth Rs 116.5 crore from the Kolkata branch.

Although donors shelled out Rs 22 crore for 31 EBs at the Mumbai main branch, not a single EB was encashed here.

Even major political parties have not disclosed the amount they received through electoral bonds. Further, as the bonds are sold through a public sector bank, the government would come to know who is funding which political party.

Non-governmental organisations (NGOs) – Common Cause and Association for Democratic Reforms (ADR) – have legally challenged the scheme that was started in 2018.

They, along with several other critics, have been alleging that the introduction of electoral bonds is “distorting democracy” in India.

The Supreme Court has agreed to take up for hearing a pending plea challenging the scheme.

Only 23 political parties are eligible for redemption of electoral bonds.

According to the ADR, in the case of continuance of the Scheme, the principle of anonymity of the bond donor enshrined in the Electoral Bond Scheme, 2018 must be done away with.

“All political parties which receive donations through Electoral Bonds should declare in their Contributions Reports the total amount of such donations received in the given financial year, along with the detailed particulars of the donors as against each Bond;

the amount of each such bond and the full particulars of the credit received against each bond,” ADR said in a report.

Electoral bonds are purchased anonymously by donors and are valid for 15 days from the date of issue.

A debt instrument, these can be bought by donors from a bank, and the political party can then encash them.

These can be redeemed only by an eligible party by depositing the same in its designated account maintained with a bank.

The finance ministry on Thursday said State Bank of India (SBI), in the 21st phase of sale, is going to issue electoral bonds through its 29 authorised branches across India between July 1 and July 10.

The bonds are used to donate money to political parties.

Here’re the details about the electoral bonds and who can buy them:

What Are Electoral Bonds?

These bonds are used by individuals or entities to donate money to political parties.

The bonds have to be redeemed by the receiving political party within 15 days of the date of issue, failing which no payment is made to the party.

The redeemed amount is credited into the political party’s account on the same day as the bond is deposited with the bank.

The electoral bonds will be encashed by an eligible political party only through a bank account with the authorised bank.

In simple terms, whoever wants to donate money to any political party needs to buy the electoral bonds from any authorised branch of SBI buy paying digitally or through cheque, as cash is not allowed.

The donor then can hand over the bonds to the political party of his/ her choice. Finally, the party can encash the bonds within 15 days of the date of issue.

Who Can Buy Electoral Bonds, Which Political Parties Can Accept These?

Electoral bonds may be purchased by a person who is a citizen of India or entity incorporated or established in India.

A person being an individual can buy electoral bonds, either singly or jointly with other individuals.

The purchaser would be allowed to buy electoral bond(s) only on due fulfilment of all the extant KYC norms and by making payment from a bank account.

It will not carry the name of payee.

The bonds are available for purchase for a period of 10 days each in the months of January, April, July and October.

Now, the electoral bonds can be bought between July 1 and July 10.

Only the political parties registered under Section 29A of the Representation of the People Act, 1951, and that secured not less than one per cent of the votes polled in the last Lok Sabha or state elections, are eligible to receive the electoral bonds.

When Were These Bonds Introduced and Why?

The electoral bonds were introduced with the Finance Bill 2017 to “to cleanse the system of political funding in the country”, and then the Electoral Bond Scheme 2018 was notified.

In the Budget Speech on February 1, 2017, then finance minister Arun Jaitley said:

“Even 70 years after Independence, the country has not been able to evolve a transparent method of funding political parties which is vital to the system of free and fair elections.

Political parties continue to receive most of their funds through anonymous donations which are shown in cash.

An effort, therefore, requires to be made to cleanse the system of political funding in India.”