Ola Electric teases upcoming electric car for India, likely to be a sedan 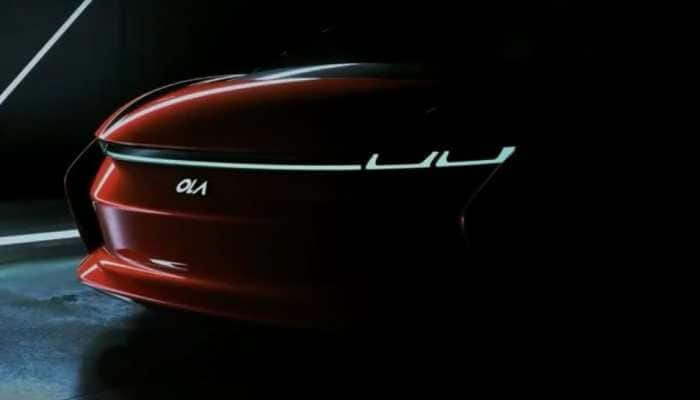 Ola Electric is expanding its horizons with the announcement of a new electric car in the Indian market. However, the vehicle has been in discussions since the launch of the S1 Pro electric scooter.

Acting on the announcement, the company has teased the new Ola Electric car. It is to be noted that the company is still dealing with the problems and issues surrounding its electric scooter.

To be specific, owners of the scooter have complained about technical issues, service problems and the built quality of the scooter.

The EV startup released a teaser video of its planned premium electric cars on the sidelines of the ‘Ola Customer Day’ event held at the site of the company’s upcoming factory near Krishnagiri, TN.

The 30-second teaser features multiple Ola electric vehicles. You can watch the embedded video from 54:00 for the teaser.

The new teaser of the Ola Electric car slightly reveals the looks of the car; based on the looks of it the new electric car is likely to be a sedan with a low-hung rear end.

Taking a closer looks the new car gets a modern-looking car with a completely new design language on the front end. The teaser shows a sleek-looking front end loaded with lines of lights brightening the body of the car.

However, the rear end of the, in a way, feels similar to the design language of the Kia cars.

Upon launch, the new Ola electric cars will mark the automaker’s entry into completely new segments However, the road for the cars might not be as easy as all of the major OEMs in India are concentrating their resources on producing electric cars.

To name a few big names like Tata, Mahindra, and Hyundai, among others, are either already in the electric car market or soon might enter with their new models.

Toyota-Suzuki to launch hybrid SUV in India, Maruti to market the...

Toyota-Suzuki to launch hybrid SUV in India, Maruti to market the new model

This Country Is Offering Digital Nomad Visa For All Employees: Pay Zero Tax For 5 Years!

E-cycle subsidy now available to Delhi Buyers: Here’s how to save Rs 7,500