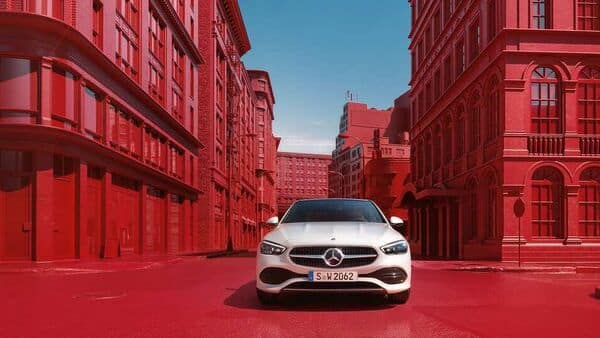 Mercedes-Benz has spilled out all the details of the new 2022 C-Class saloon ahead of its price announcement on May 10.

One of Merc’s best sellers, the C-Class now gets sleeker looks, a more modern interior, and greener engine options as part of its generation update.

Pre-launch bookings are underway and series production of the luxury saloon has commenced at Mercedes’ facility in Chakan.

Today Mercedes has confirmed that the C200 and the C220d will be offered at launch only in the Avantgarde trim.

Meanwhile the C300d will be offered only in the AMG Line, similar to what Mercedes did with the previous generation. 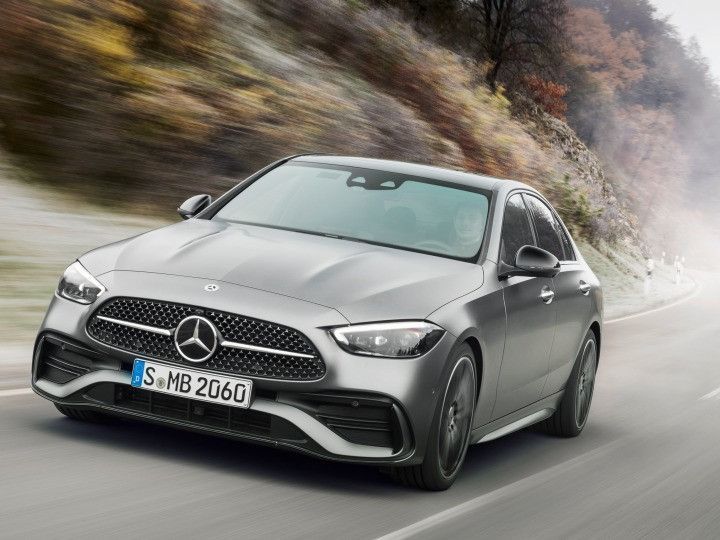 The new generation Mercedes C-Class is longer, wider and sports a longer wheelbase compared to its predecessor.

Mercedes has tried to improve the backseat experience in this regard with 21mm of the 25mm increase in wheelbase being added to the rear portion of the cabin. 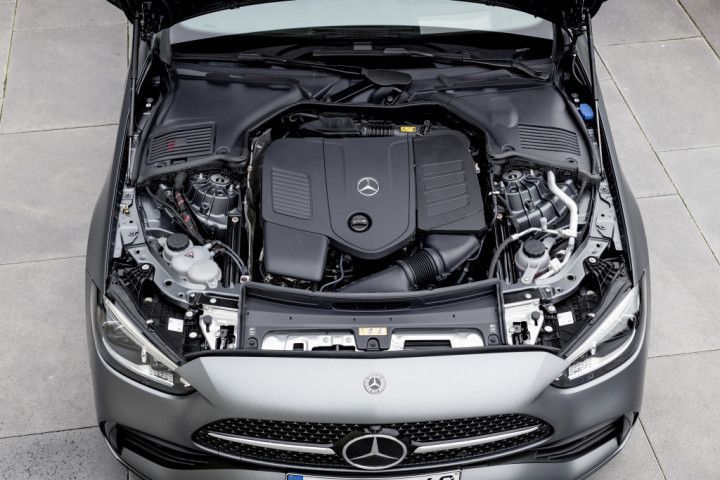 Mercedes says that the engines have been updated for the new generation too. The C200 is still powered by the 1.5-litre petrol but is said to be 29 percent more fuel efficient.

The 2-litre diesel that powers the C220d and C300d now gets 48v mild-hybrid tech which had been introduced with the petrol in 2018.

Overall the diesel is said to deliver up to 23kmpl fuel efficiency, an improvement of up to 22 percent, claimed by Mercedes. 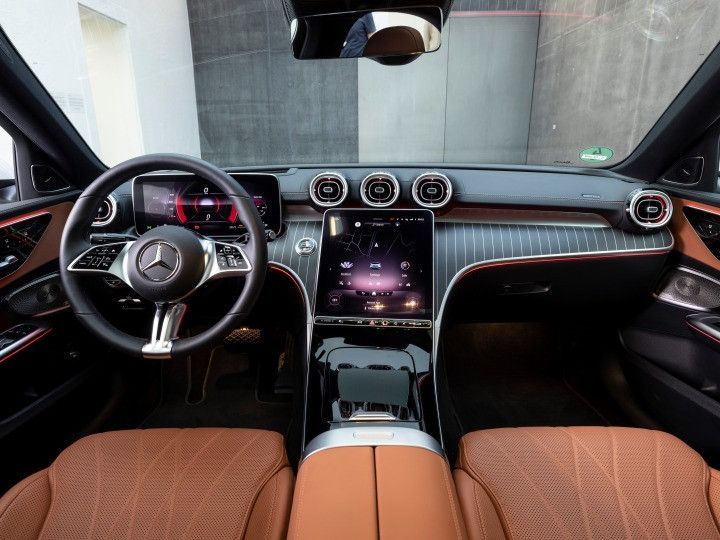 On the inside too the C-Class makes strides by offering S-Class luxury in the smaller package. Notability, the C-Class gets the 11.9-inch touchscreen infotainment system, an optional feature in other markets.

Aside from that the C-Class will get the brown upholstery, which has only been offered on the S-Class as yet. 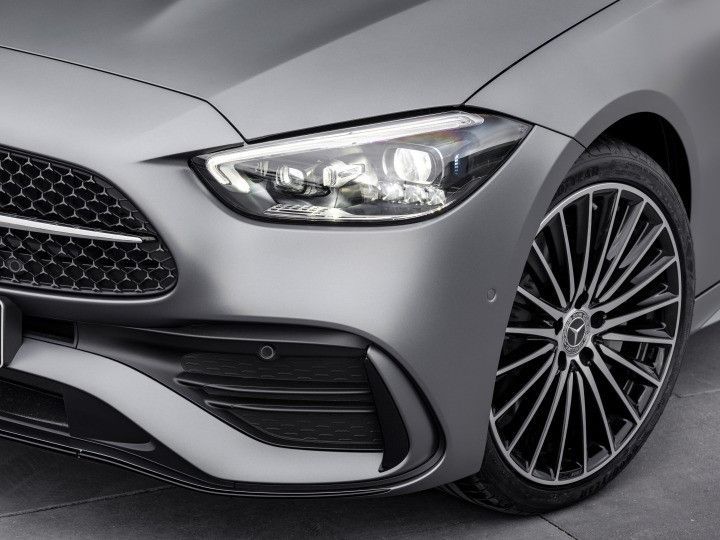 And then the exterior design, which is instantly recognisable as a Mercedes.

At front, there’s the traditional Mercedes grille, flanked by a pair of LED headlights that are sleeker and aggressively styled.

The sporty theme continues down to the bumper where the sedan features an aggressively styled bumper with faux airdams. 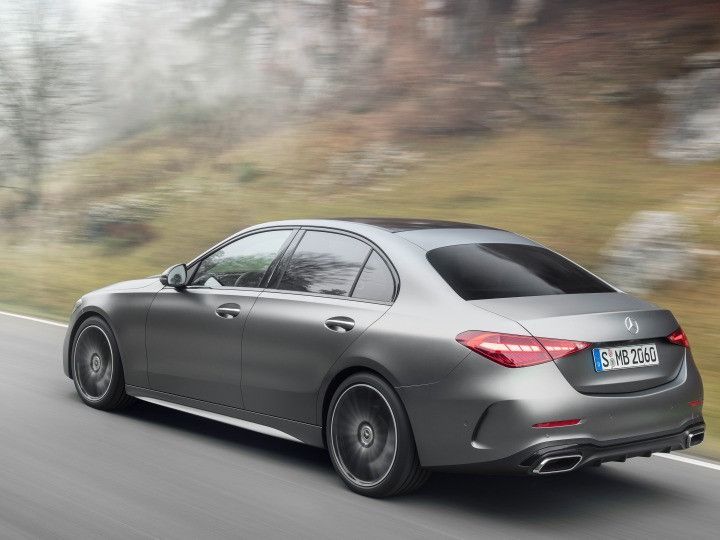 The profile is unmistakably C, but there are a few subtle changes that an untrained eye can miss. While the older car featured sharp creases, the new one is all smooth and subtle.

Plus, the dual 5-spoke alloy wheels add a dash of sportiness to the side. Where the C-Class looks at its finest, according to the author’s opinion, is the rear three quarters.

The split-LED tail lamps and the stubby boot is very reminiscent of the big daddy, the S-Class. 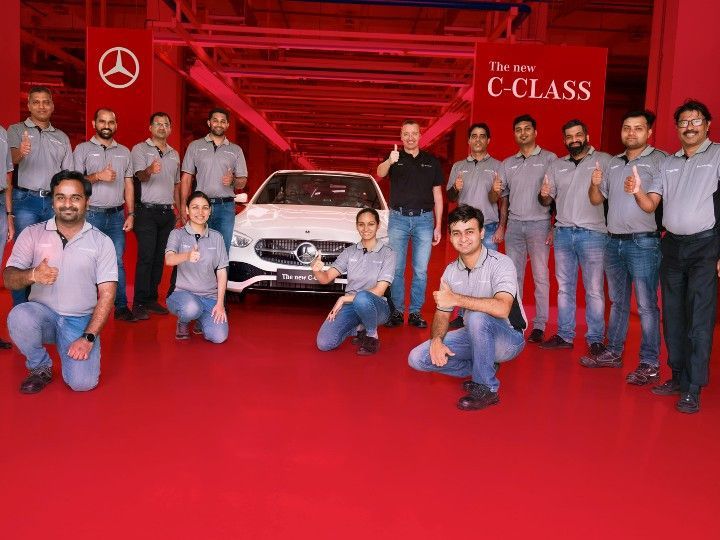 Prices of the new C-Class are expected to start from around Rs 55 lakh (ex-showroom), putting it in contention with the Audi A4, BMW 3 Series, and the Volvo S60.

We’ll be driving the C-Class soon, so stay tuned for our detailed first drive review.

Cars and Bikes to Be Costlier from Next Month as Govt Hikes Insurance Rates. Know More