GST Rate Hike on Daily Essential Items from July 18; What Will Get Costlier? 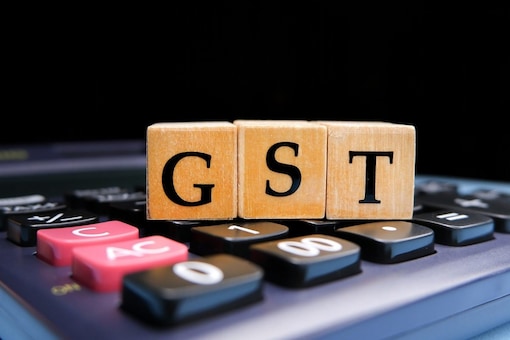 From next Monday, you may need to shell out more from your pocket to buy certain items as the GST on them are soon set to increase.

Following the 47th GST council meet held last month, the government decided to revise the Goods and Services Tax on a number of items and services.

Due to this, the prices of certain day to day essentials are going to increase from July 18, as the new GST rates are set to be effective on that day.

It must also be noted in this regard that the prices of certain items are going to come down as well.

Here is the list of items and services that will be costlier or cheaper after the GST rate revision becomes effective.

GST Rate Revision: What Will Be Costlier?

– Pre-packaged and pre-labelled retail pack in terms of Legal Metrology Act, including pre-packed, pre-labelled curd, lassi and butter milk will attract a GST at a rate of 5 per cent from July 18. These items were previously exempt from the ambit of GST.

– An 18 per cent GST will be levied on fee charged by banks for the issue of cheques (loose or in book form), the council has informed.

– Hospital room rent (excluding ICU) exceeding Rs 5000 per day per patient will be taxed to the extent of amount charged for the room at 5 per cent without ITC.

– Maps and charts including atlases will be charged with GST at a rate of 12 per cent from July 18.

– The GST Council also decided to bring hotel rooms under Rs 1,000 per day under the 12 per cent GST slab, as opposed to tax exemption category at present.

– The prices of LED Lights, fixtures, LED Lamps are set to see a price hike as the GST council has recommended a correction in the inverted duty structure from 12 per cent to 18 per cent.

– Knives with cutting blades, Paper knives, Pencil sharpeners and blades therefor, Spoons, forks, ladles, skimmers, cake-servers etc have been placed under the 18 per cent GST slab, up from the 12 per cent slab.

GST Rate Revision: What Will be Cheaper?

– IGST on specified defence items imported by private entities/vendors, when end-user is the Defence forces have been exempted from GST.

– Renting of goods carriage with operators where the cost of fuel is included in the consideration to attract 12 per cent GST, down from the earlier 18 per cent

– GST rates down from 12 per cent to 5 per cent on items including splints and other fracture appliances; artificial parts of the body; other appliances which are worn or carried, or implanted in the body, to compensate for a defect or disability; intraocular lens

The group of ministers (GoM) on casinos, online gaming and horse racing, which has been tasked with examining the issue of levying a 28 per cent GST on these activities, met on Tuesday and the meeting remained inconclusive, as per sources.

Therefore, the proposal to levy GST on these services will not be implemented yet.

Types of GST Returns and How to File? : A Step-by-step guide