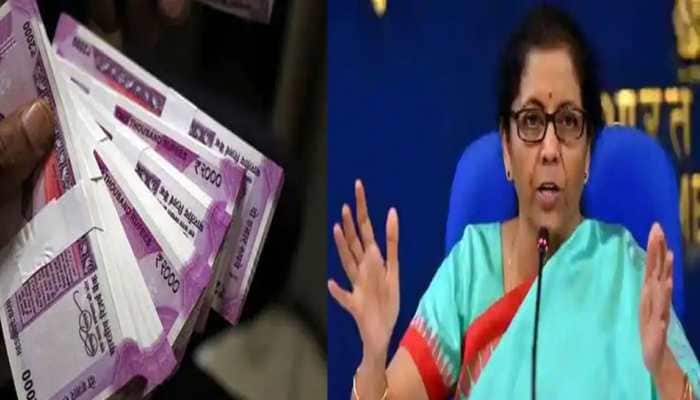 FM Sitharaman said there is no GST on chequebooks for bank customers, as she tried to clear “misinformation” over issues related to the imposition of the levy on various products and services.

Also, there is no GST on crematorium, funeral, burial, or mortuary services,

the minister said and explained the Goods and Service Tax has been levied on the construction of new crematoriums.

The ongoing monsoon session of Parliament has witnessed several disruptions by the opposition.

It came after GST was imposed on several pre-packed and labelled essential items.

“More I listen to issues related to GST, I have a concern that probably the right information is not reaching.

And as a result, there’s quite a lot of misconception and I would today attempt to clear some of these misconceptions,” the minister said.

In her reply to the debate, she sought to address concerns raised by opposition members, including on imposition of GST on essential items, like pulses, buttermilk, and curd.

She specifically explained the GST issues around bank chequebooks and cash withdrawals.

“I would like to say there is no GST on withdrawing of cash from a bank,” Sitharaman, replying to a short discussion on price rise in the Rajya Sabha.

On the opposition’s claims of burdening people by imposing GST on cheque books, she said the levy is in relation to purchase of cheque books by bans from printers, not for the public.

“I want you to kindly take into cognizance that as regards the consumer or the bank client who takes the money, withdraws the money, there is no charge on him,” Sitharaman said.

She also informed the MPs about the number of free cash withdrawals allowed by banks from ATMs.

As regards contentions on GST being levied on crematoriums, the minister said made it clear that there is no such levy on crematorium, funeral, burial, or mortuary services.

“The GST Council is accused of having levied charges on the crematorium. You are going to bury your dead, you are being charge…No,” the minister said.

She said the GST is only applicable on the construction of new crematoriums.

“So let’s please not be led by misinformation,” the finance minister said.

She also told the House that said the government has adopted a targeted approach, based on ground-level inputs, to tackle retail inflation which is ruling at around 7 per cent.