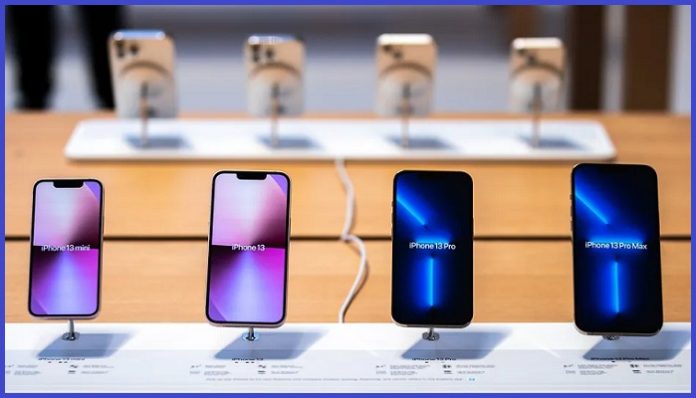 Apple began assembling iPhone 14 phones in India last week—the first time it’s doing so within months of the launch of a new model.

The move is part of the company’s plans to diversify production, a process quickened by prolonged lockdowns in Chinese cities and tensions between Washington and Beijing.

While analysts hope this will strengthen India’s position as a supplier for the premium smartphone, they also say the process will take time as it has infrastructural challenges and China has a crucial head start.

Mint explains in five charts what it will take for India to compete with China’s strong position.

Surely, India is gaining from China’s loss. Taiwanese electronics suppliers in India—Foxconn, Pegatron, and Wistron—are seeking to ramp up their production of made-in-India iPhones.

Indian conglomerates such as the Tata Group and Vedanta are reportedly in talks for joint ventures to make iPhones in India.

Google is also reportedly seeking to move some of its production of Pixel phones to India.

However, data shows that India has a long way to go before it can claim the title of a global iPhone manufacturing hub.

According to JP Morgan estimates, about 25% of total iPhone manufacturing capacity will be from India by 2025, up from 6% in 2022.

While these estimates appear to be encouraging for India’s industry, the country will still fall far short of China’s 75% contribution.

India and Vietnam, which are far behind China at the second and third spots in terms of global smartphone production, stand to benefit the most from Apple’s reconfiguration plan, suggests a report by Counterpoint Research.

However, certain realities are not going to change soon. China has invested heavily in strengthening local supply chains in the electronics industry over the years,

and the sector has become a key driver in helping its economy grow at an extraordinary pace and establishing the country as the world’s manufacturing powerhouse.

As Apple leads the premium mobile phone segment globally (with a 57% sales share in the June quarter), China also reaps large profits by being the iPhone hub.

Moreover, the companies that dominate India’s smartphone market are majorly Chinese, and Apple’s market share in India is incredibly low (4%) when compared with China (23%).

The incentive for Apple to keep its base in China is much greater.

Despite its apparent weakness compared with China, India’s overall phone manufacturing sector is well-positioned to improve its competitiveness against other Asian destinations by virtue of its market.

A favourable business environment combined with the ability to trade at lower costs helps make a market more attractive.

India ranked 37th on the Institute for Management Development’s World Competitiveness Index in 2022, registering the best growth among Asian countries.

In terms of “business efficiency”, a sub-criterion of the index, India ranked second among emerging markets, after China.

Among all 63 countries that were part of the index, India ranked 23rd, gaining nine places. However, the gain was just six places since 2018, and the country was substantially below China’s 15th position.

Early this year, the Ministry of Electronics and Information Technology and the India Cellular and Electronics Association released a vision report to make electronics manufacturing a $300-billion industry by 2026.

The plan relies heavily on a jump in mobile phones manufacturing to $120 billion from $30 billion, pushed by the production-linked incentives (PLI) scheme.

But there are other realities to contend with, which again point to China’s supremacy.

The PLI scheme is seen as a way to attract prominent tech players to make in India.

However, last month, former RBI governor Raghuram Rajan argued that the scheme worked against the interests of Indian consumers,

and said that while profitable exports were attracting manufacturers, Indian customers were bearing the brunt as they paid higher prices because of tariffs.

Lastly, the fine print. Can an India-made iPhone save costs for Indian consumers? Apple has started assembling the iPhone 14 in India,

but most of the handset’s components will still be imported attracting customs duties.

This, coupled with high taxes, may keep the iPhone’s price exorbitant in India as was the case with older models assembled here, analysts feel.

China will still have a strong hold on high-end components and devices, supported by years of experience for Apple in that country.

“For the China-plus-one strategy, India is possibly the most suitable candidate, but there’s a long way to go in terms of infrastructure and everything else,” said Navkendar Singh, associate vice president at market intelligence firm, IDC.

In the long run, India will hope that its efforts to reduce reliance on imports not only benefit the country’s thriving smartphone market but also bring down prices.

Zerodha co-founder advises Indians to stay in India after Studies