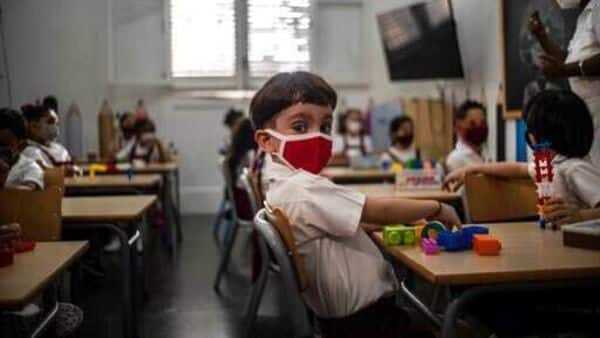 16 million cards have been distributed as part of the Baal Aadhaar scheme, which gives children up to five years old individual identity numbers,

making it easier to identify preschool benefits to which they may be eligible, according to officials with knowledge of the situation.

The Baal Aadhaar is issued in blue with the note that it is valid until the child reaches the age of five.

This Blue Colour helps to distinguish it from the standard Aadhaar.

In order to offer Aadhaar numbers after birth certificates are issued,

the Unique Identification Authority of India (UIDAI) intends to work with registrar generals, who can act as enrolling agents.

After the age of five, the Aadhar cards’ data will be updated.

An identical pilot experiment was carried out in Uttar Pradesh, and it was deemed successful.

Aadhaar is required for a number of government benefit programmes.

Reports that in June said children without Aadhaar may be unable to obtain benefits under the POSHAN scheme for hot cooked meals in schools triggered a controversy.

The government made it clear that only parents’ Aadhaar information was being sought, not that of children.

“The benefit is that children will have a unique identity at birth, which will make it easier to identify benefits that they may be entitled to at the preschool level.

This will enable them to take advantage of several government schemes.

Moreover, once the child turns five the Aadhaar would be reverified ensuring that there is no deduplication,” HT quoted an official familiar with the matter as saying.

According to the official, daily transactions involving Aadhaar, including those connected to government programmes, total close to 80 million.

Biometric data collection is a crucial component of the Aadhaar system. They are not gathered for the enrollment of kids under the age of five.

When enrolling for Baal Aadhaar, a proof of relationship document (ideally a birth certificate) is required.