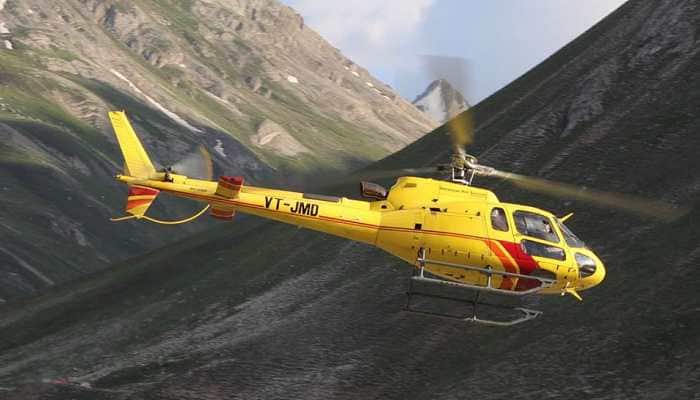 The Amarnath Yatra is an annual Hindu pilgrimage to the 3,880-metre-high cave shrine of Lord Shiva located in the upper reaches of the Himalayas.

As per the govt data, about three lakh pilgrims are likely to take part in the Yatra.

The online registration has already begun, and the pilgrimage is scheduled to be held for 43 days between June 30 and August 11.

The temple is not directly accessible by road and has to be reached by an uphill trek that takes multiple days to reach the shrine.

That’s why, the Government of Jammu and Kashmir started helicopter services to the temple for all those who want to reach the Cave with ease.

For the first time, the pilgrims this year can avail of helicopter service directly from Srinagar for Amarnath Yatra.

Ministry of Home Affairs (MHA) has directed the Jammu and Kashmir administration to start the helicopter service for pilgrims directly from Srinagar to Panchtarni, the last stop point located at an elevation of 3,500 metres from where a six-kilometre trek takes pilgrims to the holy Amarnath cave.

The helicopter facility was so far available for the pilgrims from Baltal and Pahalgam– the twin route to reach Amarnath temple– to reach Panchtarni from where pilgrims either walk or take help of ponies and palanquin facility.

Both Baltal and Pahalgam routes are about 61 kilometres from Amarnath Temple. While the shorter route to Amarnath Temple is from Baltal which lies at a distance of 15 km from the holy cave, the government has changed the helipad location to Neelgrath and the pilgrims have an option to either travel by feet or by helicopter or ponies.

However, the longer route from Pahalgam to Amarnath Temple is about 46 km which can also be covered either by trek, ponies, palanquin, or helicopters.

How to book tickets?

Advanced ticket can only be booked on the respective website of helicopter companies.

How to reach Neelgrath helipad?

Neelgrath is 4 km away from Sonmarg, and 12 km away from Baltal, the previous helipad location. From Srinagar, Neelgrath is at a distance of about 84 km, which take upto 3 hours via road journey. From Jammu, the helipad is approx. 384 km.

The ticket pricing on the Amarnath route starts at Rs 1,445 and goes upto Rs 4,710. Here’s one way and return pricing for the helicopter ride to the Shrine:

Travelling To US? A Big Change In Rules For Arrivals