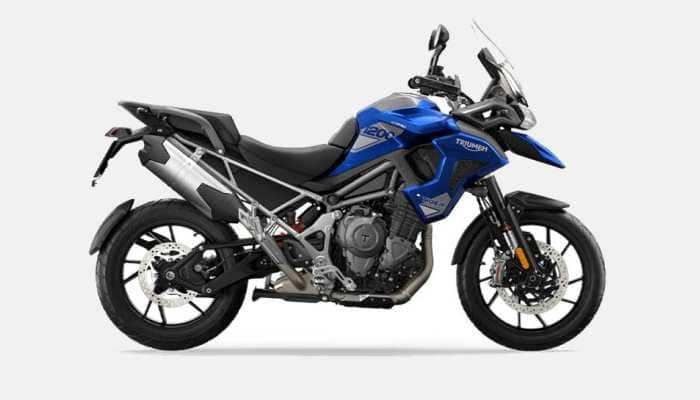 Triumph Motorcycles has launched the all-new Tiger 1200 in India. The new motorcycle’s starting price is Rs 19.19 lakh (ex-showroom) in the Indian market.

It is to be noted that the bike comes in several trims starting from the Pro variants, namely GT Pro and Rally Pro, along with the long-range variants equipped with 30-litre fuel tanks, namely the GT Explorer and Rally Explorer variants.

With this new addition, the Triumph Tiger family now has a complete range of nine models.

The selected variants of the new motorcycle, like the GT Explorer and Rally Explorer, come with a Blind Spot Radar system.

Moreover, the bike is loaded with multiple features like a full-colour 7-inch TFT instrument cluster equipped with My Triumph Connectivity System.

For Braking responsibilities, it gets Brembo brakes in the front and the rear end.

Speaking on the occasion, Shoeb Farooq, Business Head, Triumph Motorcycles India, said, “We are excited to introduce the all-new Tiger 1200 family to our diverse portfolio of ultimate adventure motorcycle range in India.

est Tiger, we have further strengthened our presence in the category while resetting the expectations of our brand loyalists and enthusiasts.

The Tiger 1200 is aimed at taking the competition to the next level and setting new benchmarks in the large capacity adventure motorcycles.”

E-cycle subsidy now available to Delhi buyers: Here’s how to save...

E-cycle subsidy now available to Delhi buyers: Here’s how to save Rs 7,500